A traffic game for kids

Sikker & Søn – The robot has disappeared! is a digital game play targeting the viewers of the Danish kids TV-channel ‘Ramasjang’. In the game play you are introduced to how to navigate in the traffic as a pedestrian. This is done through a meta-level of puzzle-gameplay as well as Sikker & Son’s silly fantasy univers of safety on the roads.

A robot is used as an indirect protagonist. Sikker tells adventures of the robot – how he built it, how it got lost and where it currently is situated. Along, Søn suggest how to help the robot with his knowledge of rules and safety on the roads, and they get the robot safely back to where it belongs on a hangar.

The main purpose of the game play is to learn about road safety while having fun and exploring silly and exotic locations.

The storyline is about the robot that suddenly runs away and nobody knows why it did it. Fortunately, Sikker can track the robot with his radio’s antenna and he can inform Søn where of the current location of the robot and which challenges if faces in the traffic. Søn is explaining what to do and asking the players for advice. Together with Søn the children are now enter the fantasy world and transform it to help the robot home.

On the journey, the robot passes a number of three exciting areas – A collection of deserted islands, a sign-forest where the trees resemble road signs and the Dark Zone where good light is necessary.

The player controls the robot indirectly by manipulating the “equipment of the road”, ie. objects such as stop signs, pedestrian crossing lights, directional signs etc.

The robot starts at point A and must end at point B. The player needs to help the robot overcome challenges on the road such as obstacles block the direct road, signs point wrong directions and cars, boats and animals fill the roads.

The player can influence the robot’s movements by manipulating elements on the road. If the player replace a stop sign with an other road sign , the robot turns to that side. If it is to cross the road but there is red light, you can replace the pedestrian crossing with one with green light.

The game takes place in real time and is somewhat reminiscent of “Lemming”, but the game does not require speed as there is no time pressure as such. If the robot falls into an open hole or is driven down by a car, it disappearances in a dust cloud and the player starts a little back in the field. Harmless and with a positive comment from Sikker or Søn.

Of course, the gameplay is not too difficult for the target audience – and is tested continuously.

When the game has ended the player can decorate the hangar for the Robot’s welcoming home party. This is done by dragging the decor from the right of the screen as the player desires.

The decoration elements are often interactive and the music, the light and big screen can be switch on and off. 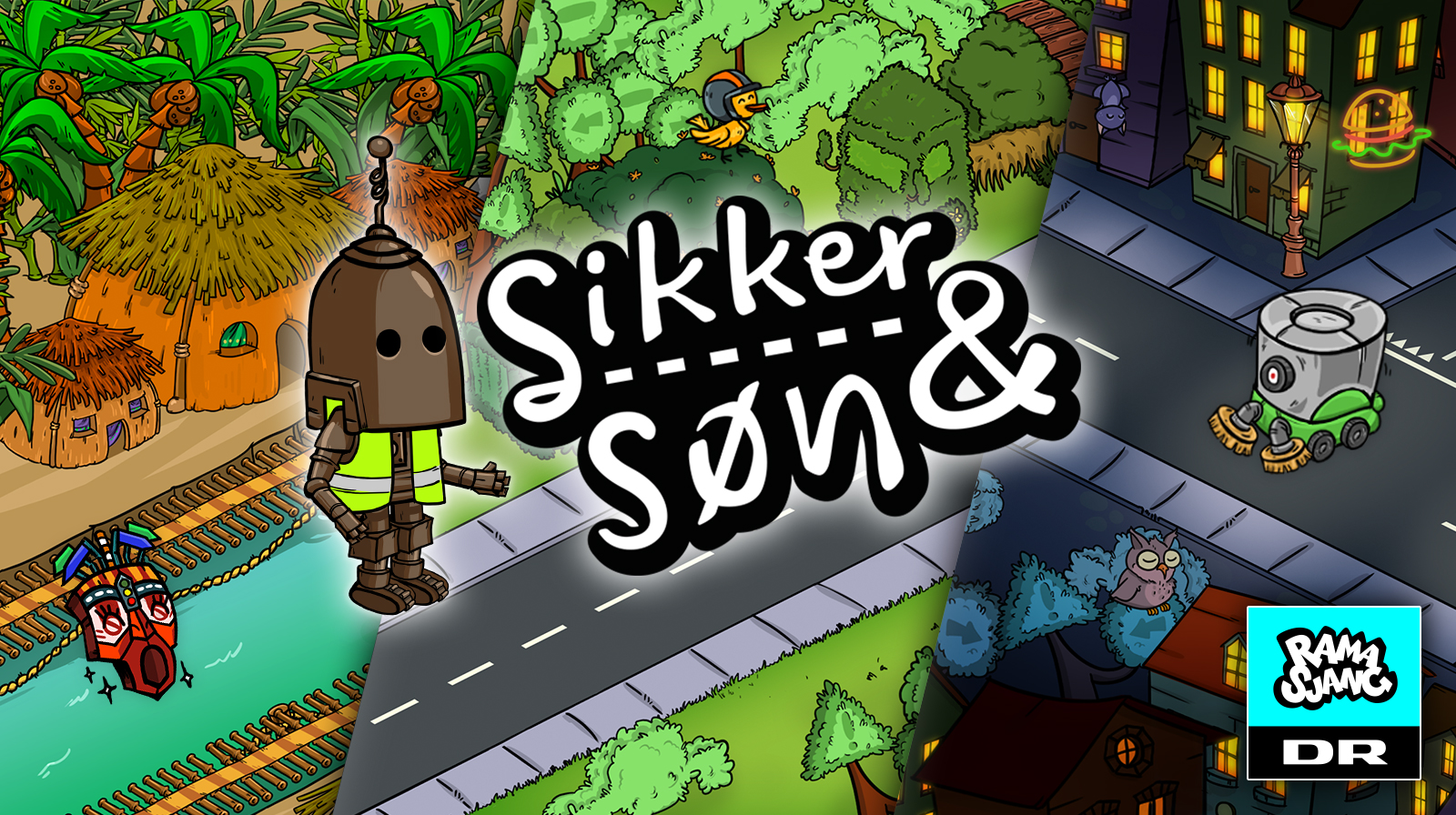 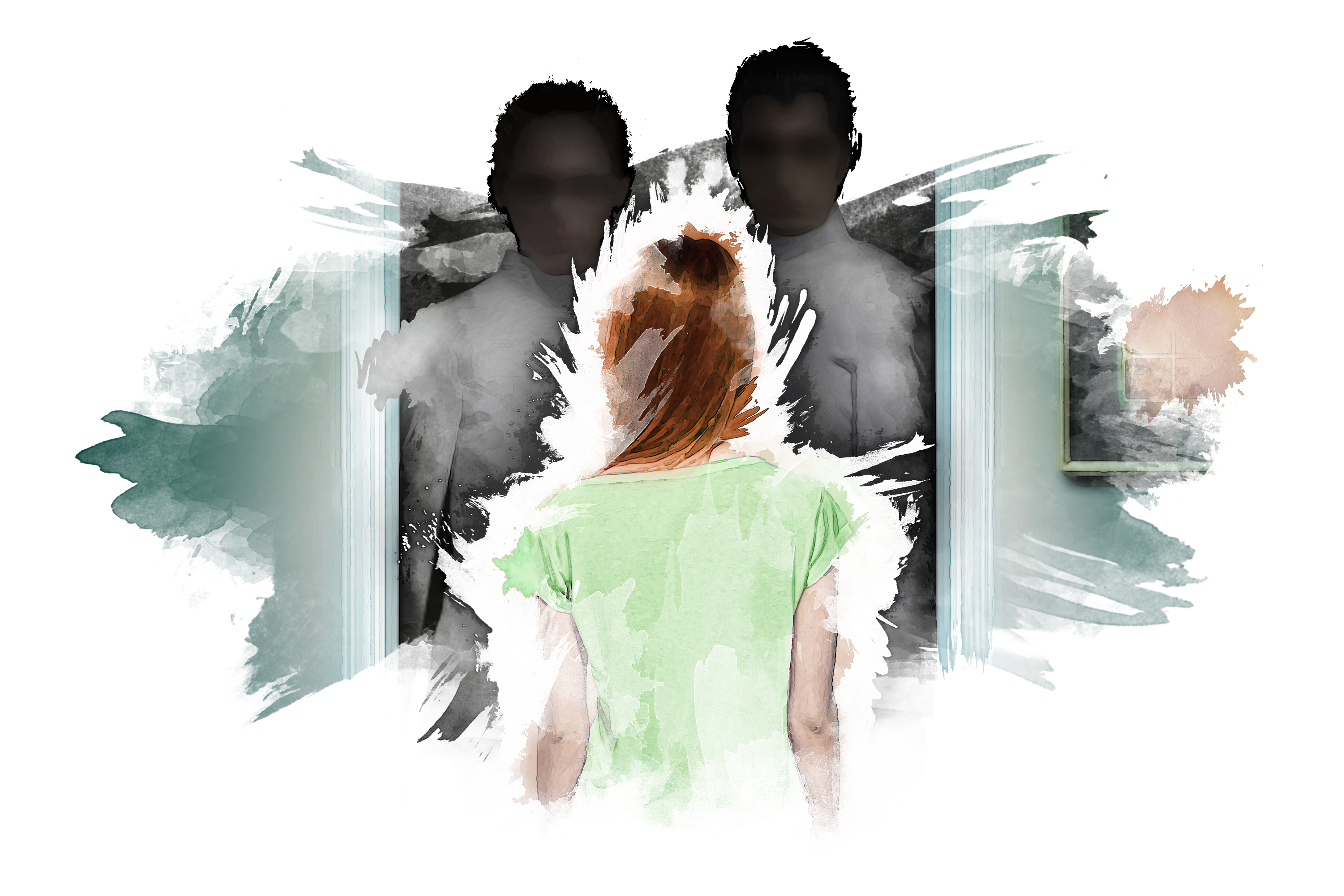 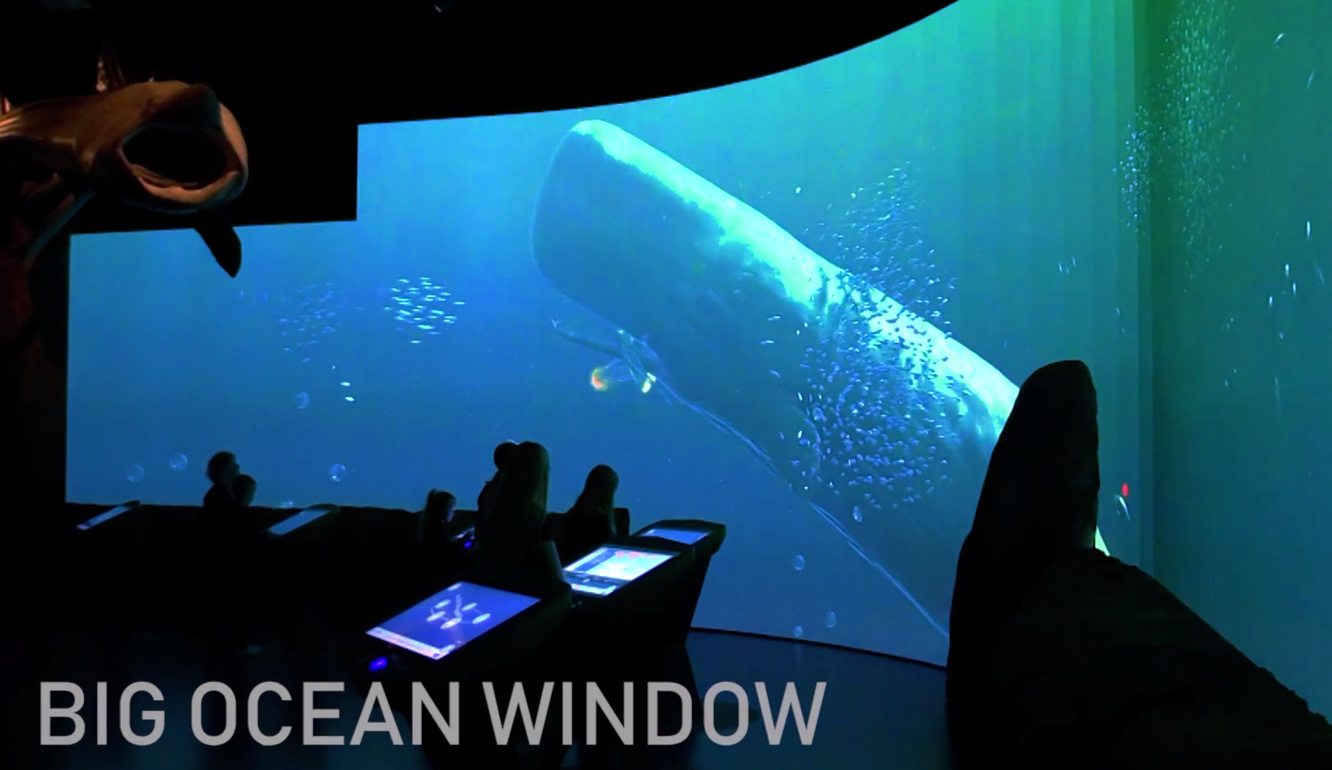 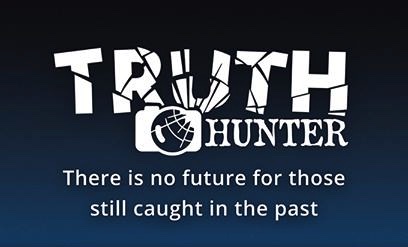