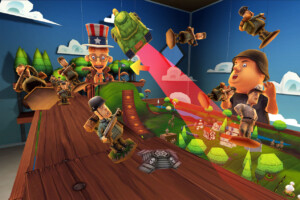 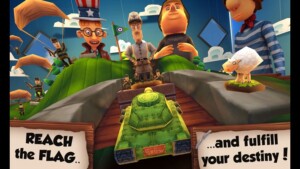 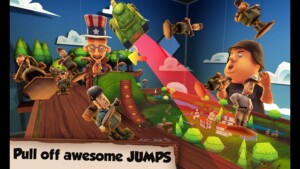 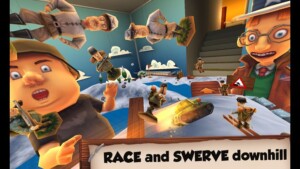 Portaplay has released the accelerometer based destruction racer game Panzer Geekz. The game takes place in a beautiful miniature environment with toy soldiers, french farmers, and grazing sheep. Control your toy tank in a racing game inspired by pinball, bowling, minigolf and many years of nerdy table top gaming! Plan your ride, pull your toy back and ride through the landscape to reach your target!

Panzer Geekz is available on the Windows store, for Windows phones and tablets.

Soon it can also be played on IOS + android mobile phones.

Check it out here: