Portaplay has together with Fourhands Film finished development on the demo phase of the narrative beat ‘em up game School Yard Ninja.

School Yard Ninja is a funny, hard hitting cocktail of epic kung Fu fantasy, and Danish ground school social realism. The game is made together with Fourhands Film.

The story of the beat ‘em up combat game is about the difficult line children have between wild creative fantasy, and learning to behave and handle conflicts.
School Yard Ninja has an entertaining and unique stop-motion style with collages of real photos. The game has intuitive swipecontrols and is made for tablets and phones.

The Schoolyard Ninja is a unique cross-media IP, which have been conceptualized in coorperation with experts from movies, games and interactive storytelling. The concept was initially developed by Jacob Oliver Krarup (FourHandFilms) and Lasse Telling, mentored by Asta Wellejus (Die Asta Experience), Jason da Ponte and others.

The demo is available upon request for android and IOS Tablets and phones.

We will now test the project on the target group over  the coming months, before we will look at making and releasing the final production. 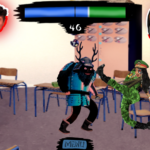 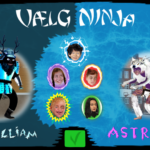 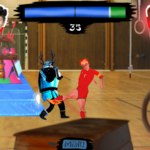 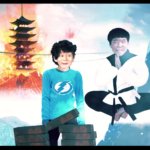 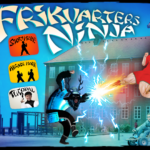